Sammy Fielding: Studio Owner
Sammy is a musician, engineer, and full time owl wizard. Musical from the beginning, he played many different instruments growing up, until finally forming, performing, and recording with various punk/metal/funk bands in high school. At age 16 Sammy fell in love with recording music, deciding on audio production as a career path, and to one day start a recording studio. It took some years, but this dream would come to fruition. Hence, Ancient Owl Audio! Sammy opened the studio under the name Robot Envy Studio (later changed to Ancient Owl Audio) in 2008 after moving to the bay area to study sound at Expression College For Digital Arts. Since then he has worked with an incredible amount of musicians and producers from around the world. Sammy has also worked at a handful of other bay area studios including Megasonic Sound, Opus Studios, Bay Records, Harrison Street Records, and Pine Mountain Studios. Recently, he purchased some raw land in rural Nevada County, and has been building a homestead and new Ancient Owl mountain studio on the property. Sammy’s expertise spans from recording, mixing, and mastering music, to commercial voice-over and post-production work, to installing and operating live sound systems, and of course designing and building audio facilities. Ancient Owl is Sammy’s haven to do what he loves. The only thing he enjoys as much as playing music is working with other musicians to capture and preserve their creative visions. 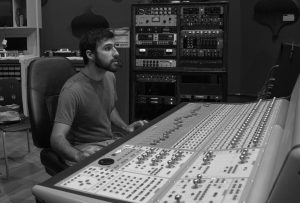 Bijan Sharifi: Engineer
Bijan is a multi-faceted musician, music producer, and professional audio engineer. Originally from Southern California, Bijan has spent the last 15 years performing and producing music for various projects spanning from symphonic orchestras to hardcore metal bands. After attaining a B.S. from Full Sail University in Sound Engineering, Bijan moved up to the Northern California Bay Area to create a network of musicians, composers, filmmakers and audio specialists. He has had the pleasure of working with some of the most talented emerging artists in the country including Astronauts, etc., Ash Reiter, Bells Atlas, DRMS, Lyrics Born, Midtown Social, Waterstrider, and many others. Currently, he works on a variety of specialized audio work spanning from music production, film production/electronic media, live sound mixing, and live recording. For more information, you can visit Bijan’s website: www.bijansharifi.com. 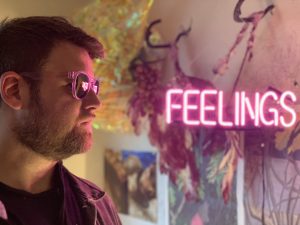 Steve O’Connell: Engineer
Steve O’Connell is a musician and lifelong audio enthusiast.  Recording, producing, and collaborating with many different artists in multiple genres over the years, Steve has mixed and composed for Hip Hop, EDM, New Age, Metal, and Psychedelic Pop projects.   Educated in music theory and electronic music production as well as going through City College of San Francisco’s Film Program, he is equally busy recording, mixing and producing musicians as he is in film production – recording Foley, ADR, and creating sound design.  He very much welcomes “clean-up jobs” and really enjoys helping to organize and finish a great song or inspired film project, making it shine for the listener.  Steve is currently working out of Ancient Owl Audio on a wide array of audio work in film/post production, music production, mixing, and mastering.